Who needs a domain in .ДЕТИ?

The IDN gTLD .ДЕТИ aims at enhancement of the quality of usage of the Internet by sustainable trusted Internet environment for children and teenagers, which will integrate high-quality amusing and educational content backed by sound administrative procedures and solid technical levers that ensure the target audience’s convenient and safe navigation through the always fascinating, and occasionally spectacular, Internet.

.ДЕТИ is an instrument to reach out to kids, teens, parents, grandparents, teachers, librarians, etc. by creating a nationwide platform to share ideas and experiences, create, engage in and interact under the rainbow of projects and activities which encompass both the people in the local community and informal and formal organizations operating for the benefit of kids and teens on the regional and national levels.

.ДЕТИ will be largely a social and non-for-profit project, albeit businesses are quite welcome to deliver a constructive contribution thereto.

As a platform for the dialogue, interaction and creative engagement of all their stakeholders concerned, .ДЕТИ encourages development of children-friendly content in tandem with shielding kids from negative and dangerous one.

The overarching purpose of .ДЕТИ lies in bolstering the target audiences’ – and parents’ in the first place – trust in the Internet, opportunities and benefits it offers for one’s personal advancement. This is particularly true given Russia’s size and its diverse ethnic groups sometimes adhering to pretty conservative moral values and behavioral standards. Thus, by indoctrinating certain ethnic and social groups to the Internet’s positive effects, .ДЕТИ helps its expansion throughout the country and winning the hearts of new users and prospective registrants.

The project on launching the new gTLD for the young generation is indeed central to Russia’s strive for modernization and global ambitions. It is proved by an unequivocal support and endorsement it earned from the Agency for Strategic Initiatives led by Prime Minister Vladimir Putin and the RF Ministry for Telecommunications and Mass Media.

.ДЕТИ offers a viable alternative to dull and inefficient policies which otherwise suggest banning young users from surfing “adult” resources or preaching their complete technical isolation (which is impossible to enforce and potentially pregnant with far-reaching adverse ramifications). Once established .ДЕТИ should promote the integration of positive and amusing content for kids and teens, including educational, self-development projects and programs, games and contests, including interactive ones, etc. with a due account of the young, as well as the adult, audience’s needs and interests.

.ДЕТИ constitutes a truly multistakeholder undertaking, which engages all the stakeholders, thus qualifying as an exemplary self-regulated, open, voluntary and all-inclusive initiative in a country where such things are still hard to find and as such, paving the way for new initiatives of this sort.

.ДЕТИ gives impulse to the rise of new Internet resources for children and their parents, thus encouraging software developers to embark on new children-specific and children-friendly software development projects, thus boosting competition and creativity in the respective area.

As an IDN gTLD .ДЕТИ focuses primarily on Russian speakers in Russia and overseas; however, it may become a model project for different nations should they take on similar efforts, which would add to diversity of the global Internet.

.ДЕТИ contributes to socialization of the environment and promotion of the civil-society values. With the rise of new exciting resources and convenient tools, new population groups go online. More specifically, the more provocative those resources and tools are, the more children and teenagers, as well as their parents and grandparents, will be keen to master and explore the Internet, thus bolstering both their respective skills and the Internet’s expansion in Russia, and joining the cohorts of Internet users and narrowing digital divide in the country and across individual regions.

.ДЕТИ offers vast marketing opportunities for a broad array of businesses. More specifically, not only will the IDN gTLD become home to corporate websites, but its profile will enable businesses, domestic and overseas alike, to narrow down their marketing strategies, more effectively establish and promote their brand and respective values, target very concrete audiences and reap additional benefits vis-à-vis potential rivals, as the new gTLD will minimize search efforts and maximize their online identity and presence.

.ДЕТИ offers the possibility for a transparent and easy-to-implement control over resources frequented by children.

As .ДЕТИ focuses primarily on Russian speakers, the IDN gTLD is set to satisfy the needs of Russian-speaking kids and teens of all ages, including those who have not yet mastered a foreign language. Using Russian as their native or frequently used second language, young users find it easy to key in the name of their favorite resource in the browser window. This is true for a broad audience both in Russia, the former USSR, Eastern and Central European countries, and overseas. So, the chance to use the Internet since their very early years propels increase in the number of Internet users across Russia and helps them diversify their user skills and experiences worldwide. 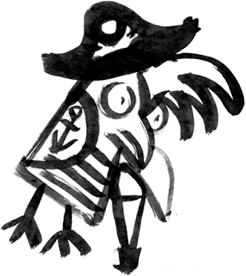 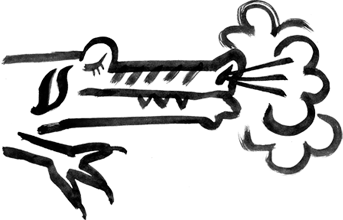 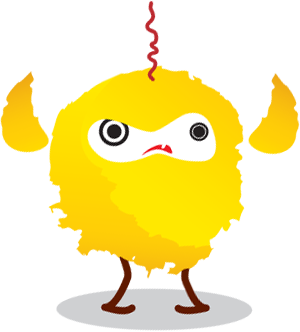